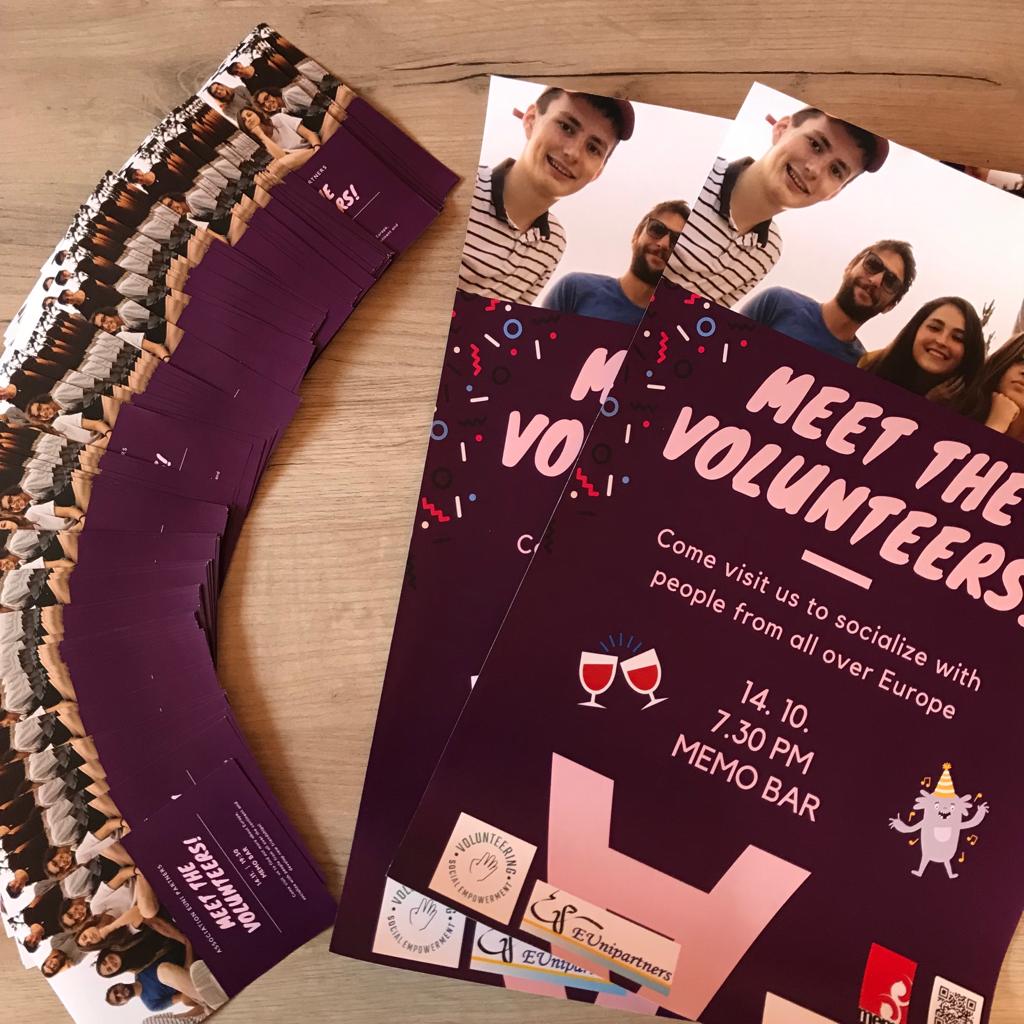 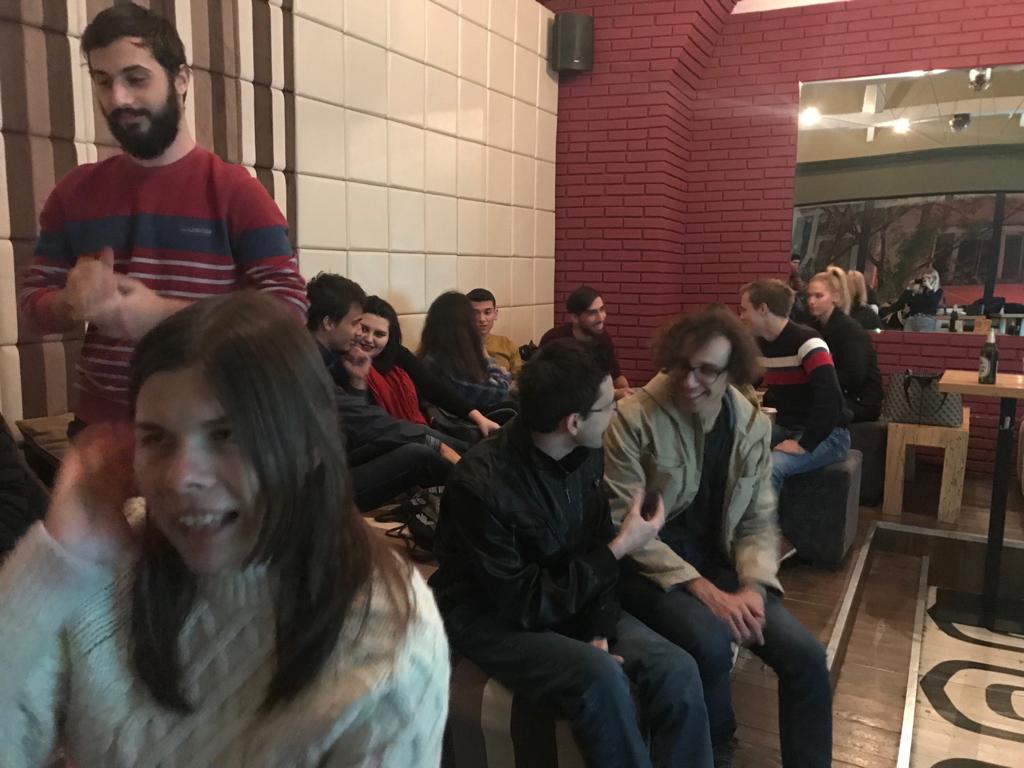 On Thursday, the 14th of November, I organized my personal project – a “Meet the volunteers!” . The purpose of this event was to encourage some new faces to join the usual since it can be difficult for new participants to connect with the regulars during “normal” Chatclubs.

I’ve had the idea to organize an event like this since the first weeks of my EVS. When I arrived in Blagoevgrad, there were so many nice people to meet and cool happenings to attend. There was something new to discover every day of the week! The events keep fascinating me to this day, but eventually, I noticed that there is just a small group of locals participating – most attendants are volunteers or international students. I was a little disappointed by this fact because these events are supposed to be for everyone!

Therefore, I wanted to organize a Chatclub dedicated to bringing locals and volunteers together. I started collecting ideas and questioning my Bulgarian friends on what to do to motivate more locals to join our events. Eventually, I decided to start with a mini-presentation explaining all there is to know about Erasmus+ and the European Solidarity Corps. Thereafter, I planned a game called “Speed-Dating”. But of course, my game was not about finding the love of your life. During the game, locals and volunteers had short conversations and answered funny questions that I had prepared in advance. After five minutes, they moved on to the next person. I hoped this would give the locals the opportunity to see what volunteering is all about and make it easier for both sides to socialize with one another. In order to reach as many people as possible, I designed flyers and posters and distributed them in cafés, restaurants, schools, universities.

When the day of my Chatclub was finally there, I was quite excited and nervous at the same time: Would everything go as planned? What if no one showed up? When I arrived at Memo bar, my worst fears seemed true: I was the first one to arrive. This turned out to be an advantage since there were initial problems with the setup. Eventually, we were able to resolve everything and the Chatclub began. Despite my advertisement, the turnout of local people was surprisingly low. However, after I overcame my initial disappointment, we had a wonderful evening with great conversations. We enjoyed each other and even went out together afterward.

All in all, my personal project reached fewer people than I expected. However, I did my best to advertise and plan the event and the participants (as well as me) had a great evening – maybe it is just too hard to reach the local community as a foreigner. Nevertheless, I am really proud of my efforts and how my event turned out. Organizing and advertising my own Chatclub was a great learning experience, and I will be even better the next time!