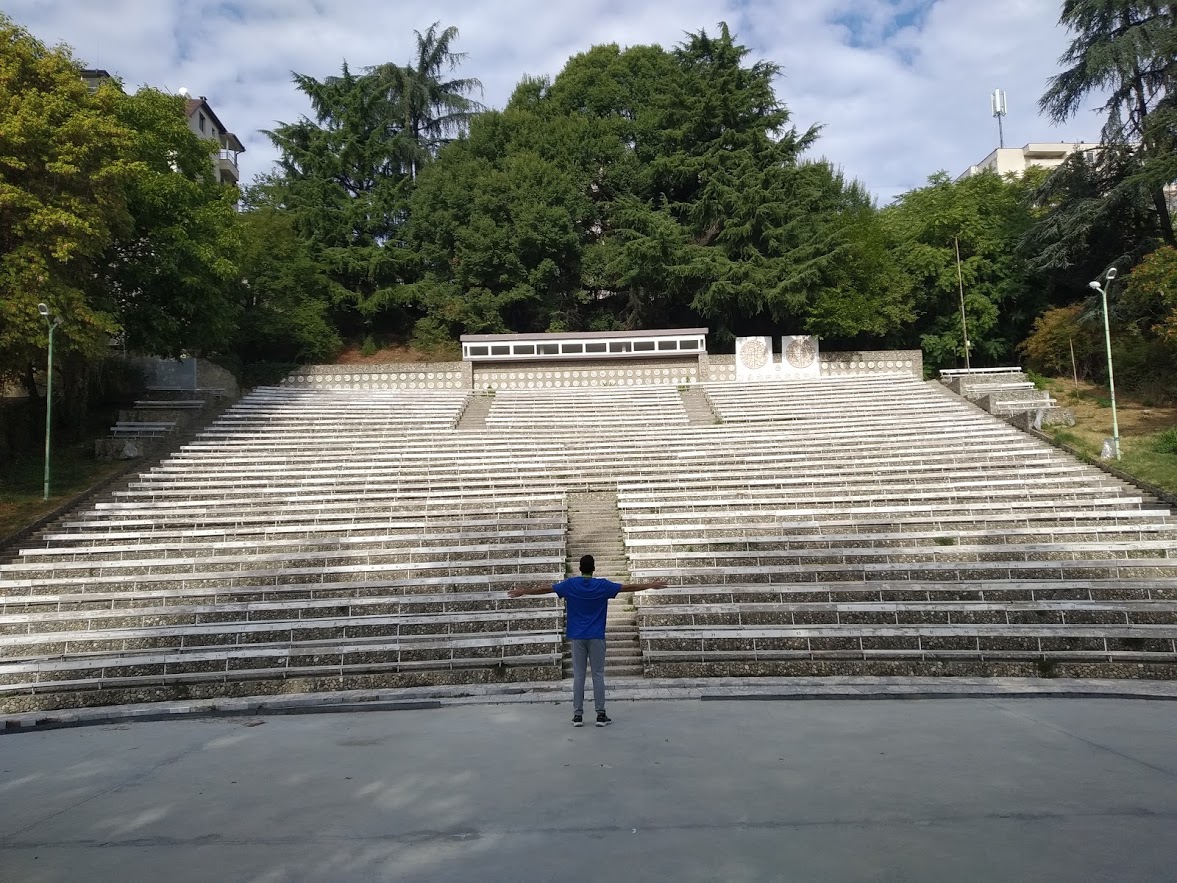 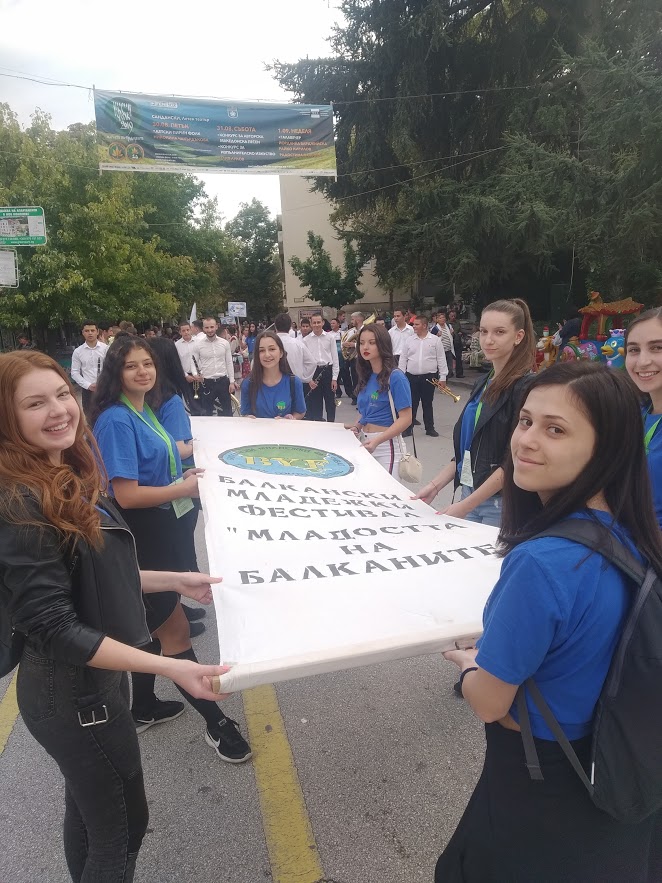 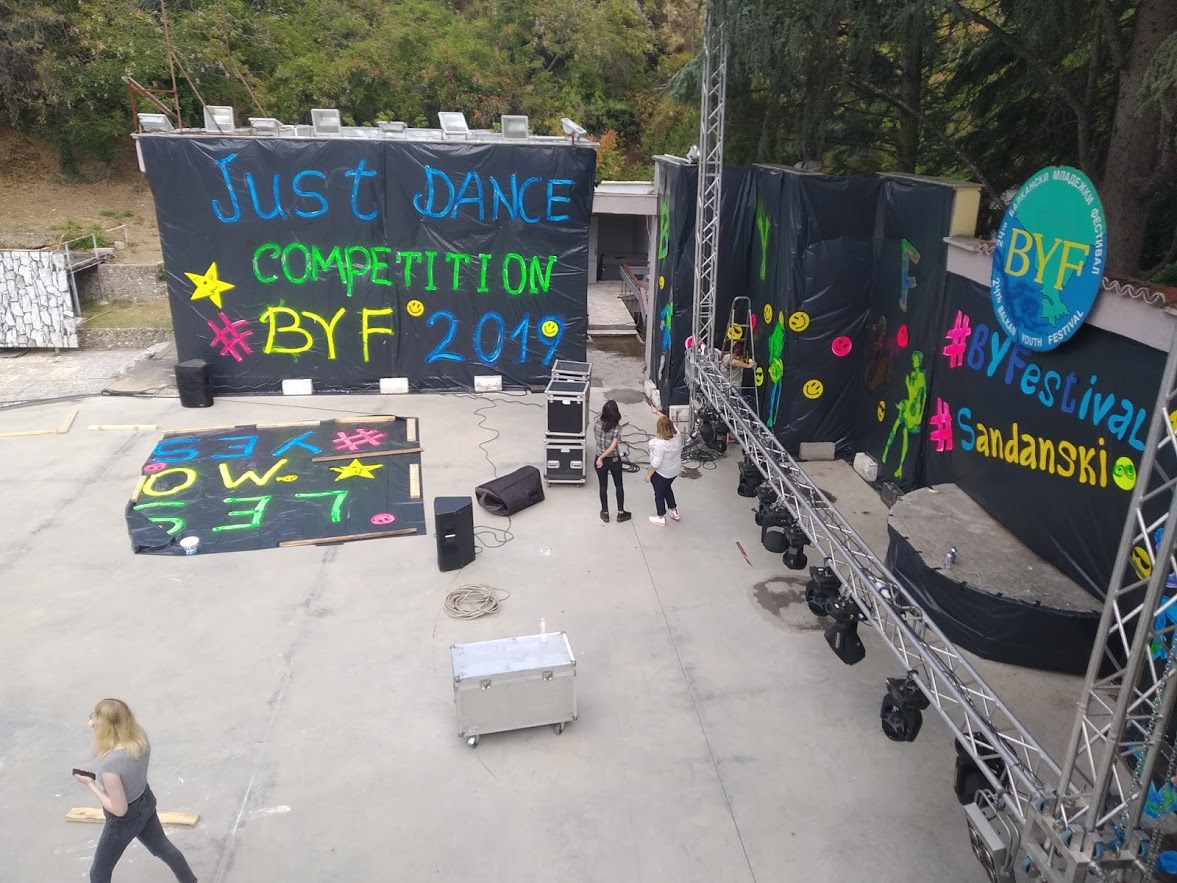 Preparation of the stage 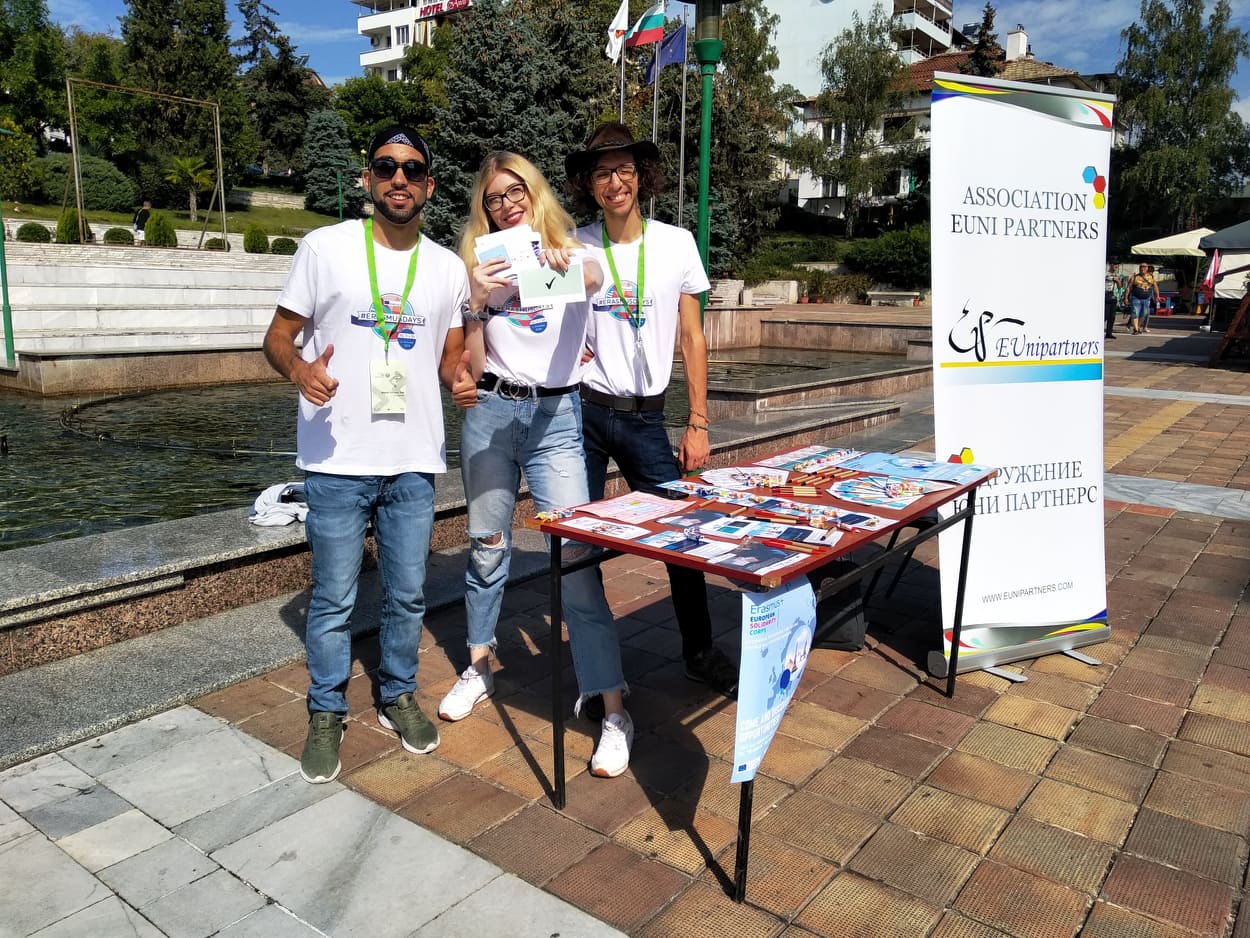 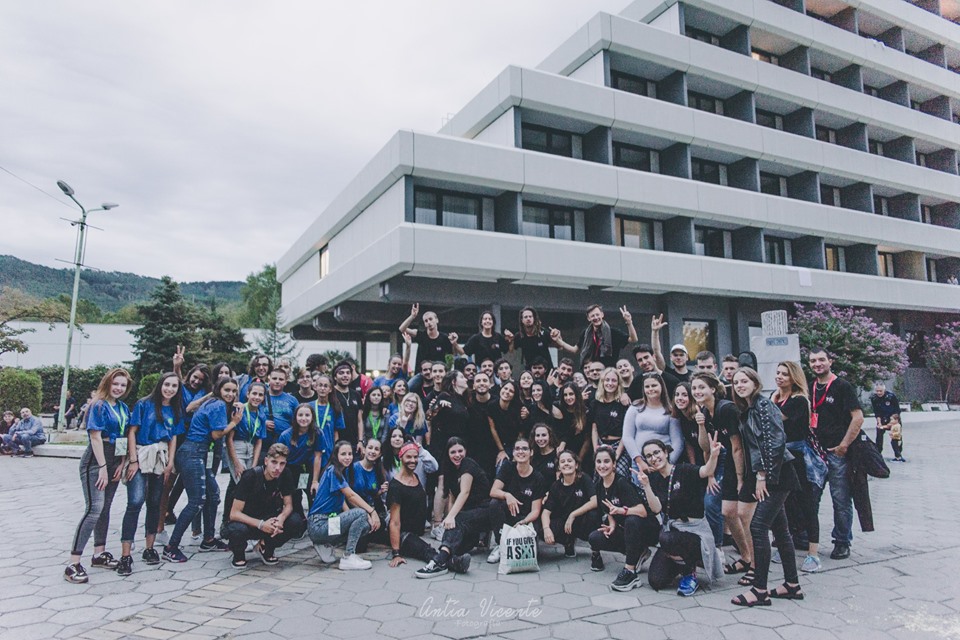 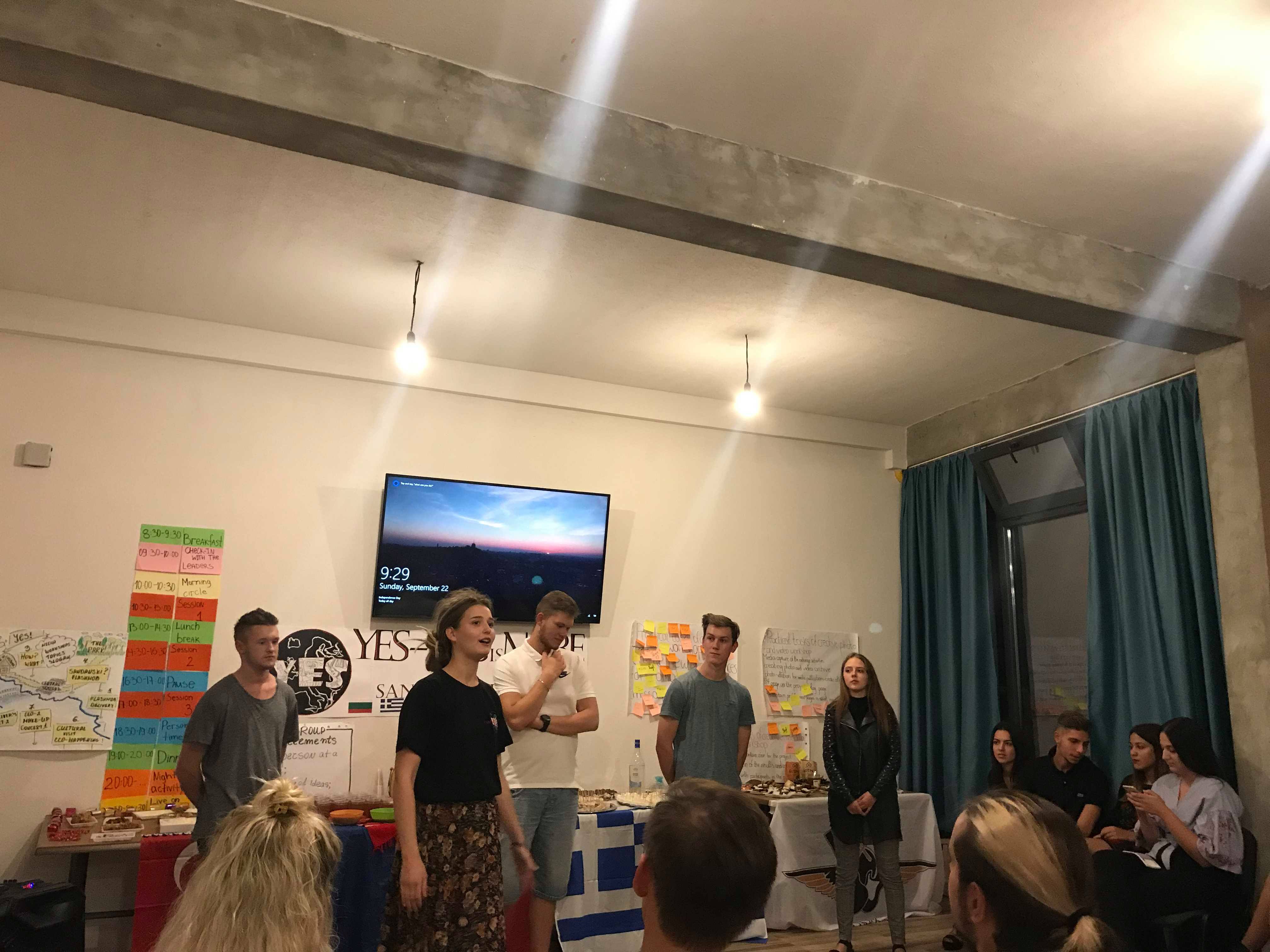 From the 21st to the 27th of September, we were involved in the preparation and organization of the 24th annual Balkan Youth Festival (BYF) in Sandanski. This festival is an opportunity for young people from different countries to gather around music and dance, as well as an occasion for all of them to show their talent on a stage! Indeed, we met people from North Macedonia, Greece, Italy, Spain, Turkey, Romania, Latvia and Portugal. They were a part of YES… Less is more, a Youth exchange funded by Erasmus+, and from dance and music schools.

Then, we participated in the preparation of the stage. For that, we installed plastic sheets on the walls of the summer theater of Sandanski in order to stick some decorations on them later. As the men that we helped only spoke Bulgarian, I personally improved my Bulgarian in these three days passed with them more than in the last 2 months. Finally, languages are not the only way to communicate.

Our last task and the most important for us was to present the Erasmus+ program during the Eco-happening. We really wanted to give other people the opportunity to do the same kind of projects us. For this event, we had a stand with leaflets, games, and prizes in the main place of the city and we spoke to as many people as possible. We presented programs mainly to participants of the YES exchange but also to youth from Sandanski. We hope that we gave the taste to travel to some!

Next to our job, we saw all the events of the program and we enjoyed to see traditional and modern dances from different countries. It was the first year that volunteers from our organisation were involved in this festival, let’s see what other years will bring.

See you again in Sandanski !