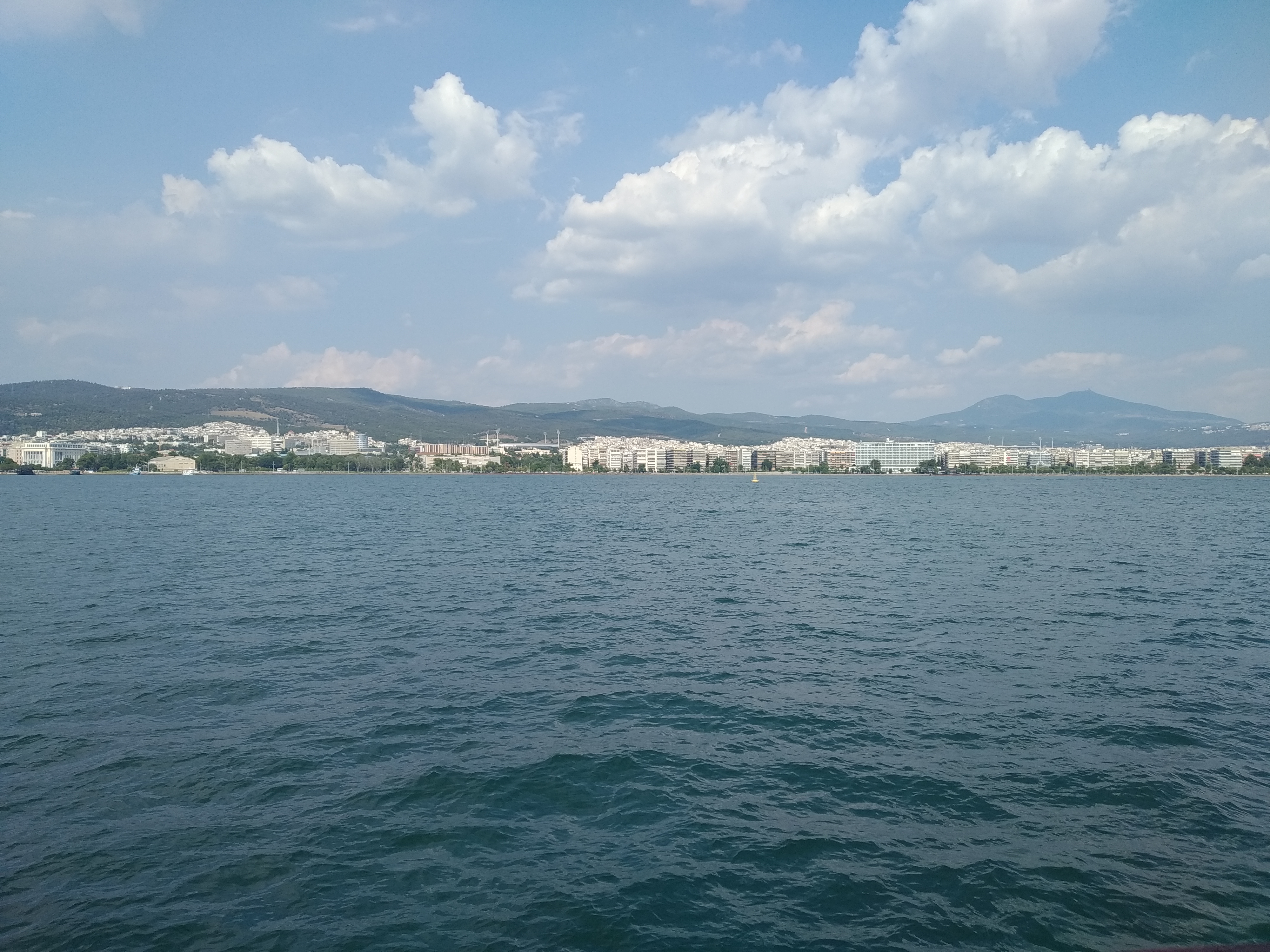 The city from a boat 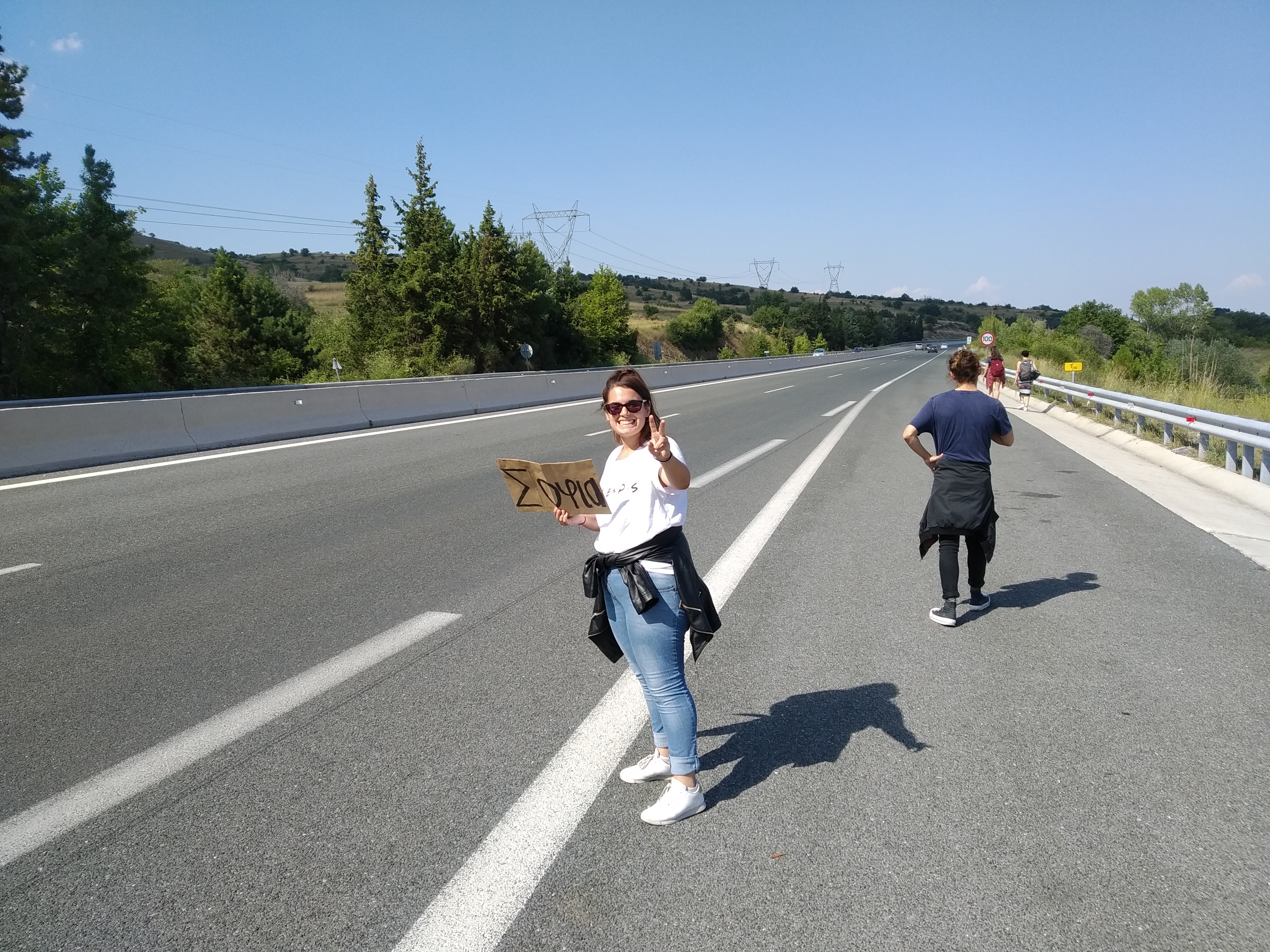 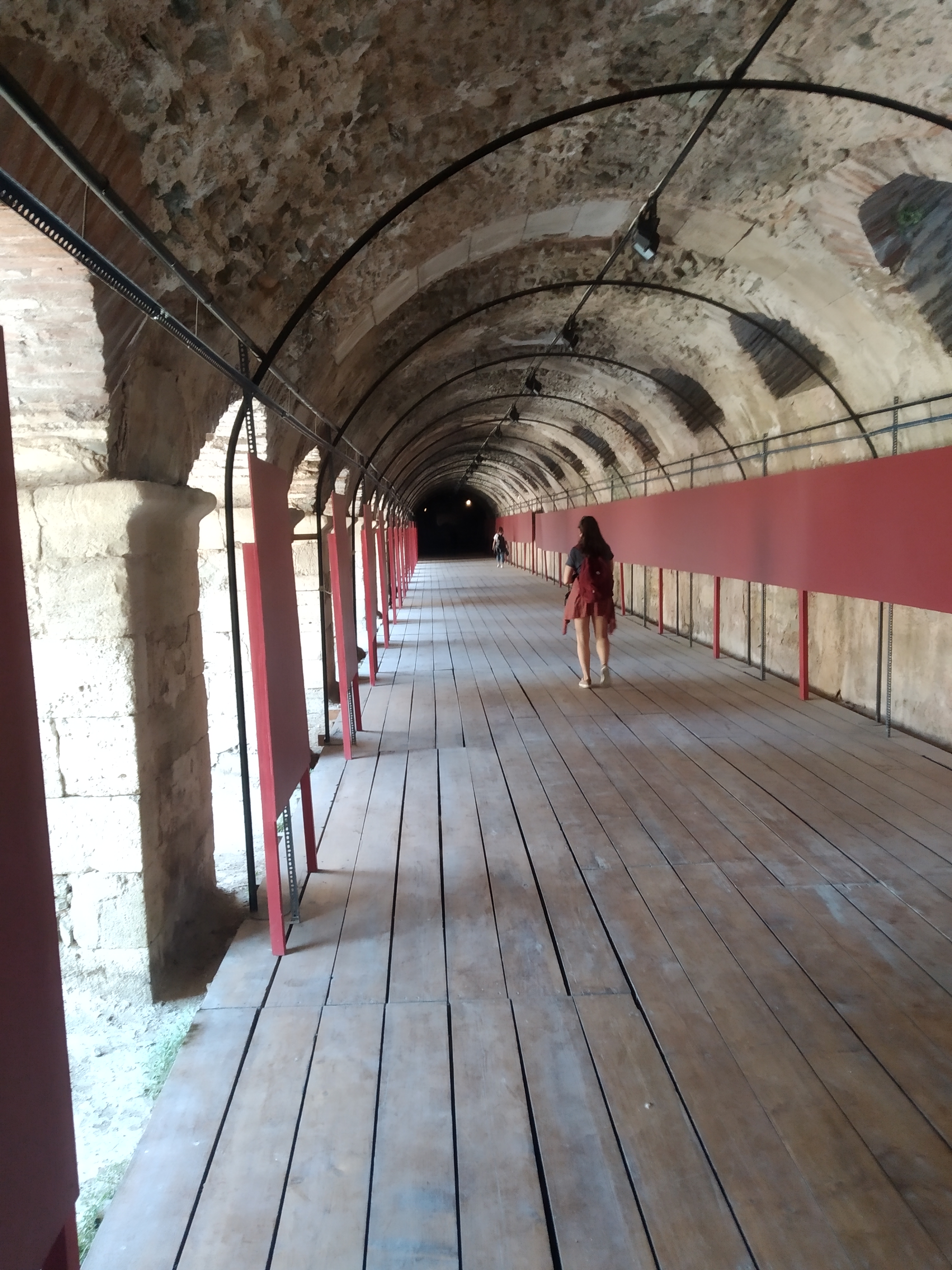 On the 20th and 21st of July, me, Alexia and three other European volunteers from Active Bulgarian Society (ABS) went on a trip to Thessaloniki. It was a great aventure because we decided to hitchhike from Blagoevgrad to Thessaloniki. The first time for most of us! Since we were lucky, we found two drivers in less than half an hour. They took us to Thessaloniki.

When we arrived in the city, we started to visit the banks of the Aegean Sea. A very touristic place where several boats offer to do a tour near the coast. We were able to participate just by buying a drink on them. We couldn’t refuse this opportunity, so we embarked. A great way to take some beautiful photos! Unfortunately, we started our visit after 4 pm and all shops were closed, wich made the neighborhood less interesting. After that, we went to the old city of Thessaloniki on the opposite side the banks. Here, the atmosphere was so different. Big straight alleys were replaced by little and sinuous streets with just two or three silencious people going for a walk between the coloured buildings. We almost forgot that we were in one of the most touristic cities of Greece. Alexia was so in love with this part of the city that we even lost her in this district!

After that, we decided to rest in our rented apartment, exhausted by the heat. Afterwards, we visited the city by night. During these hours, it’s a completely different city! Indeed, we saw more people than earlier and the restaurants set up more tables on the alleys to welcome all their customers.

The second day was dedicated to museums and the history of the city. Therefore, we visited the old Agora of Thessaloniki and the Rotunda with its mosaic. We understood in these museums how it had been difficult for the city to construct new buildings while also taking care of these underground treasures. After these discoveries, we went to a restaurant to discover Greek food.

Finally, after a long time to leave the city by bus and 2 hours of hitchhiking, we found some drivers that took us back to Blagoevgrad, enriched by the encounters we experienced on the road. We are already thinking about renewing this experience…

See you soon on other trips,