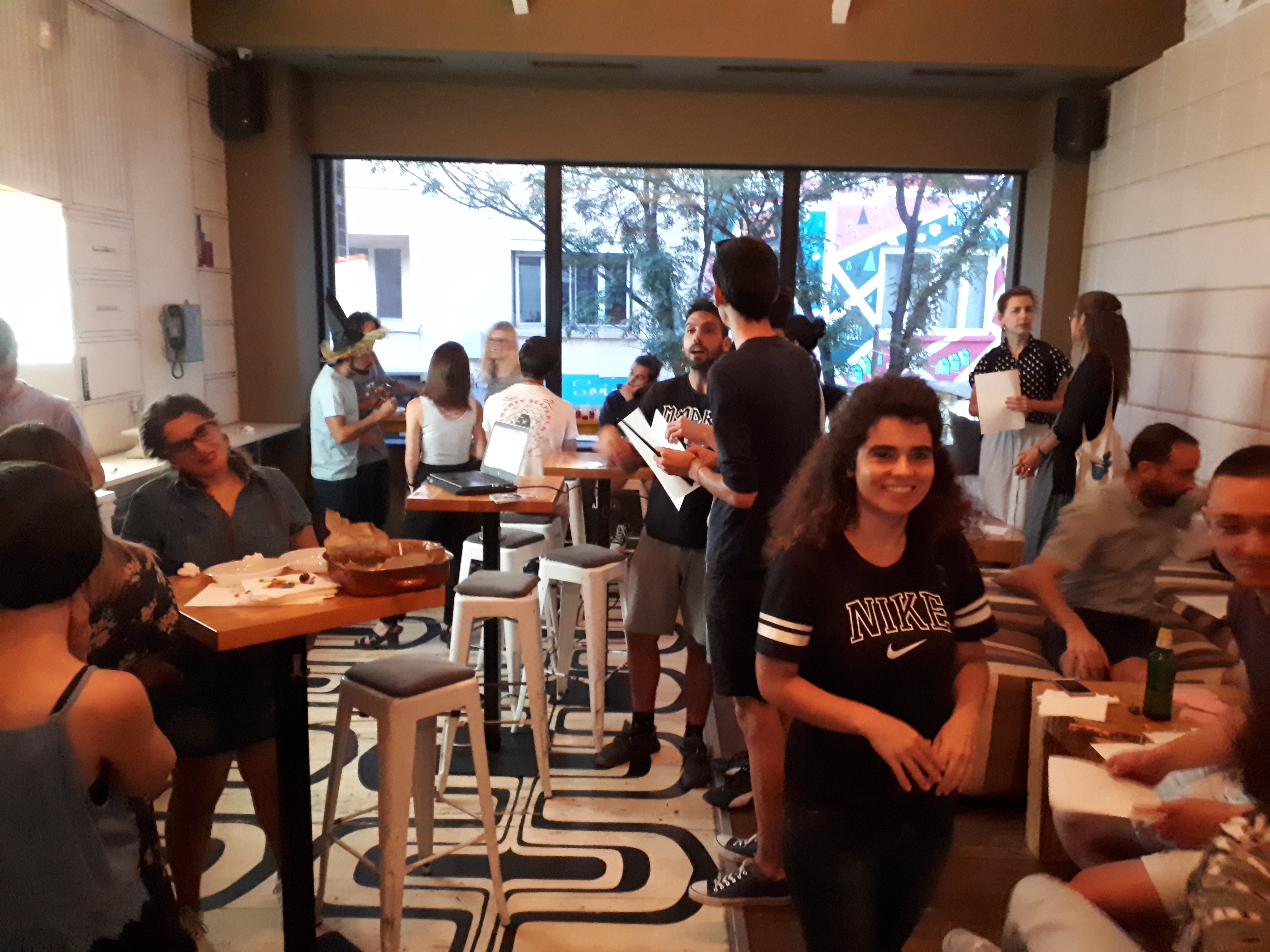 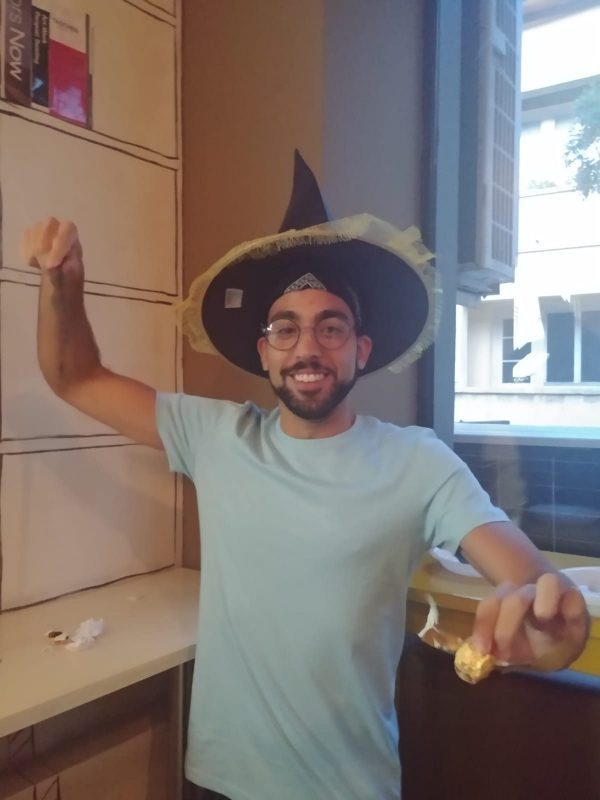 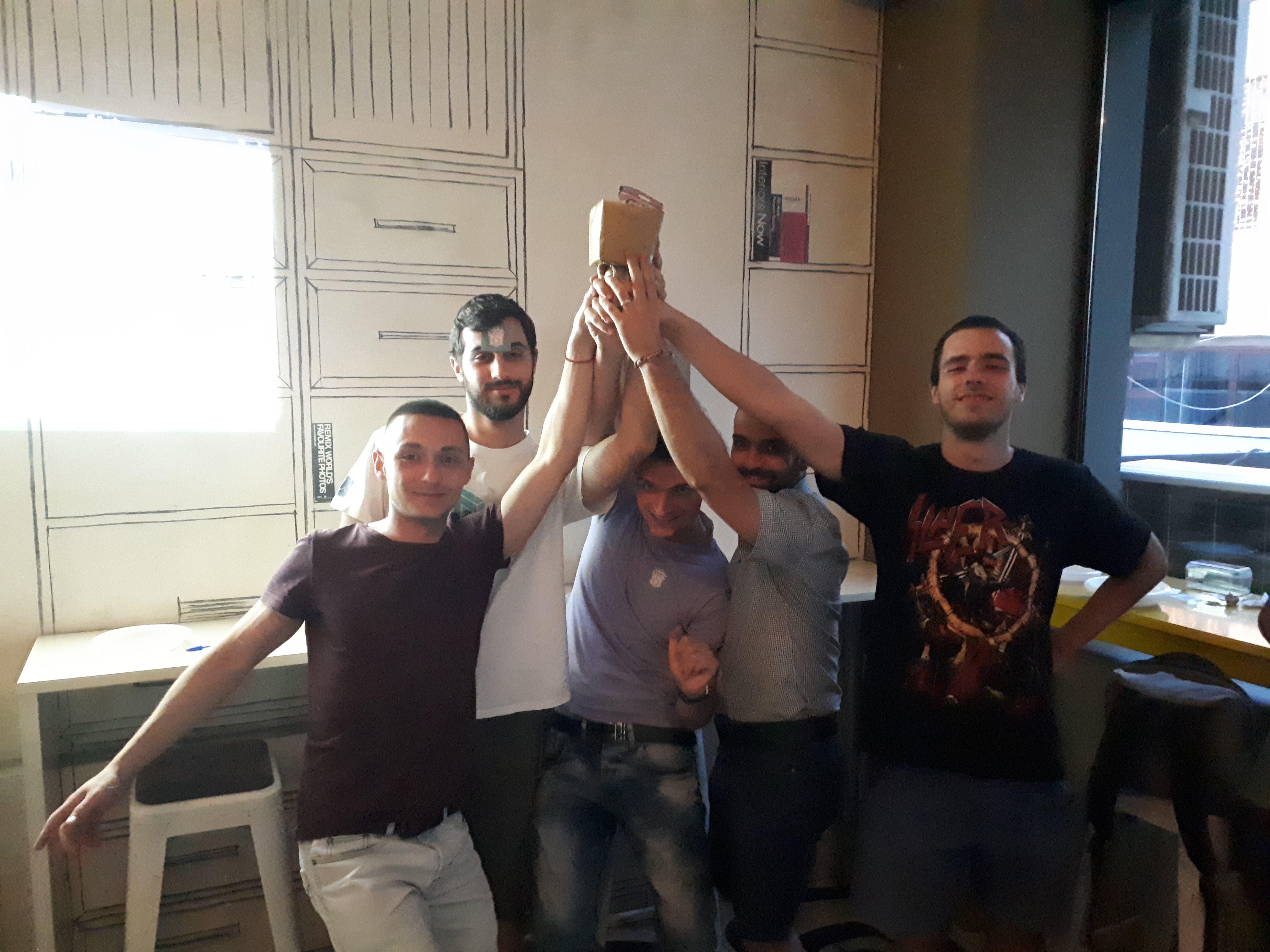 The winning team with their trophy

On the 18th of July, we, the new volunteers Valentin and Lena, had the pleasure to participate in our first-ever Chat Club along with Alexia and Miguel – a truly magical experience!

This night was all about the Harry Potter universe. During the Chat Club, the participants were divided into the four houses Gryffindor, Slytherin, Hufflepuff, and Ravenclaw. Just like in the books and movies they competed during different classes to win points for their house. In the end, the house with the most points won the house trophy.

The first couple of “lessons” included games such as a spells-memory, the “transformation” of a piece of paper into an origami-frog and, the highlight of the evening, a pumpkin pie eating contest. It became apparent that the competition would be decided between the houses of Gryffindor and Slytherin…just like in fiction!

In the end, a surprise game of “Quidditch” made the difference between the two houses. Since Harry Potter could not attend Chat Club this week, Gryffindor was left without their best player. Slytherin won the game and therefore the house trophy. As you can imagine, there was some cheating involved on their part – but they would not be Slytherin without it, right?

After the award ceremony, the players of Slytherin left with a bag of Bertie Bott’s beans and a big smile on their face.

For us, our first Chat Club was a great experience. Even though not everything went as planned, everyone had a good time. We had a lot of fun organizing it and are looking forward to doing it again. A big thank you to all the participants of this amazing night!

We hope to see you again at Hogwarts,