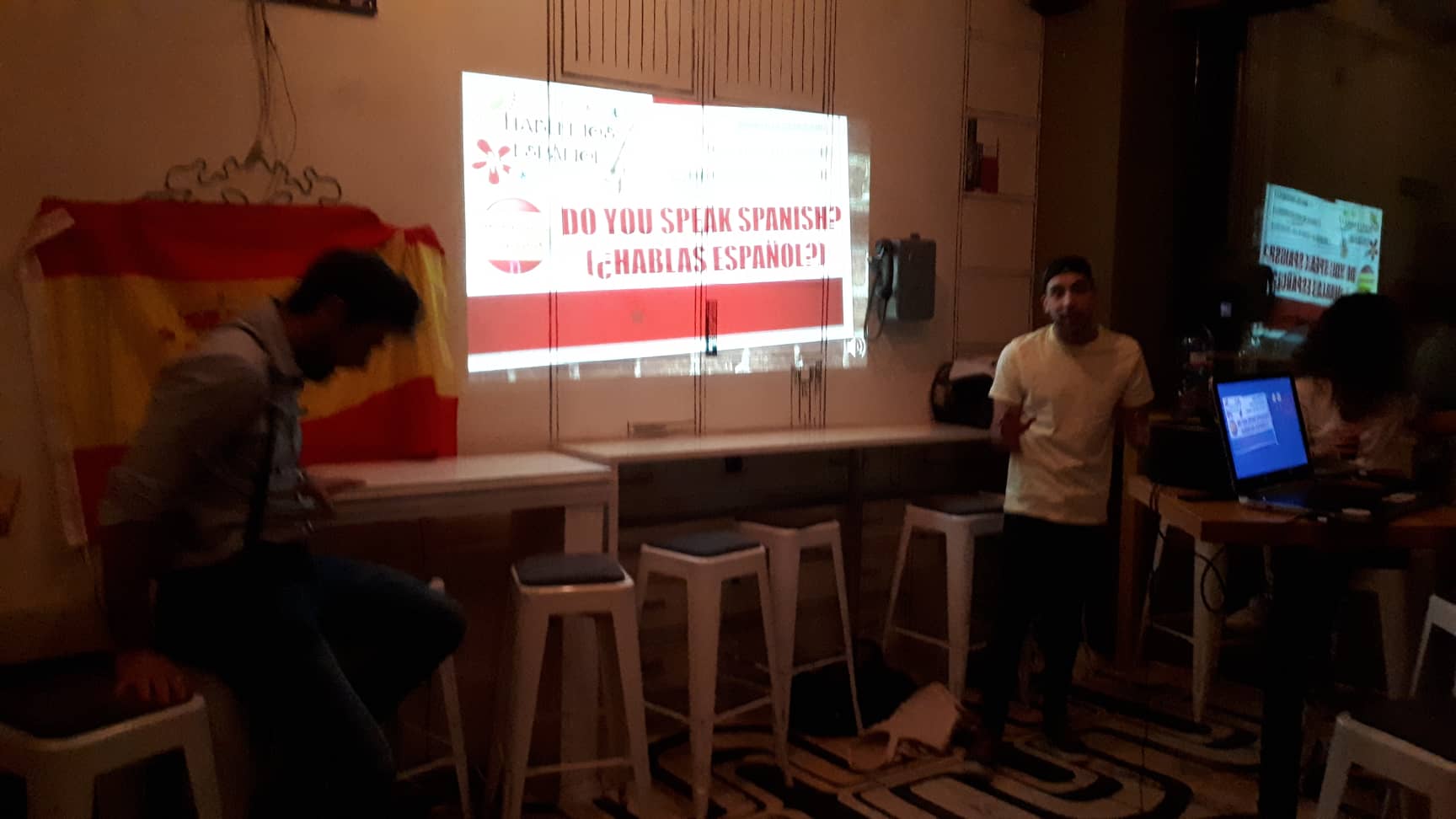 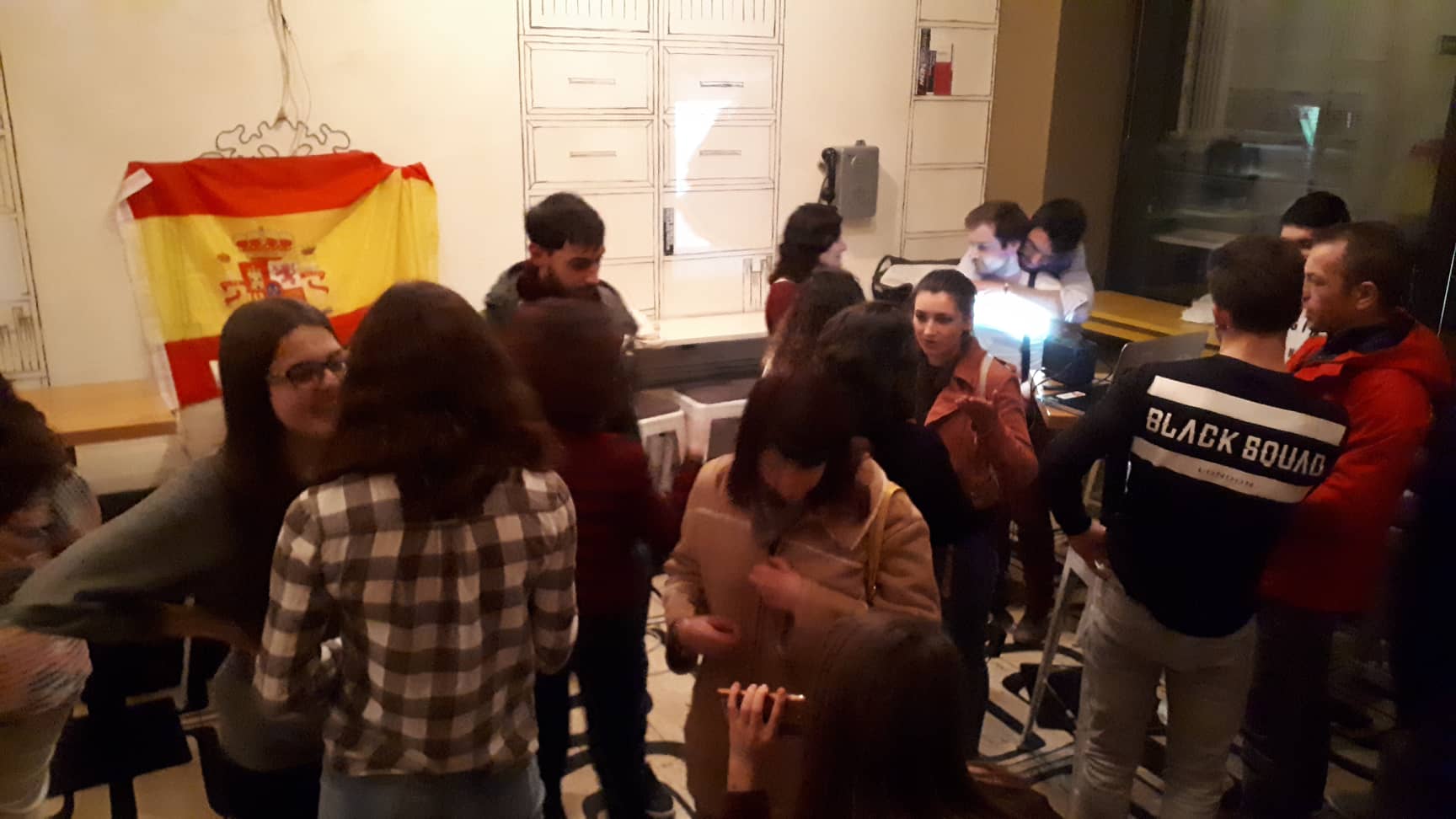 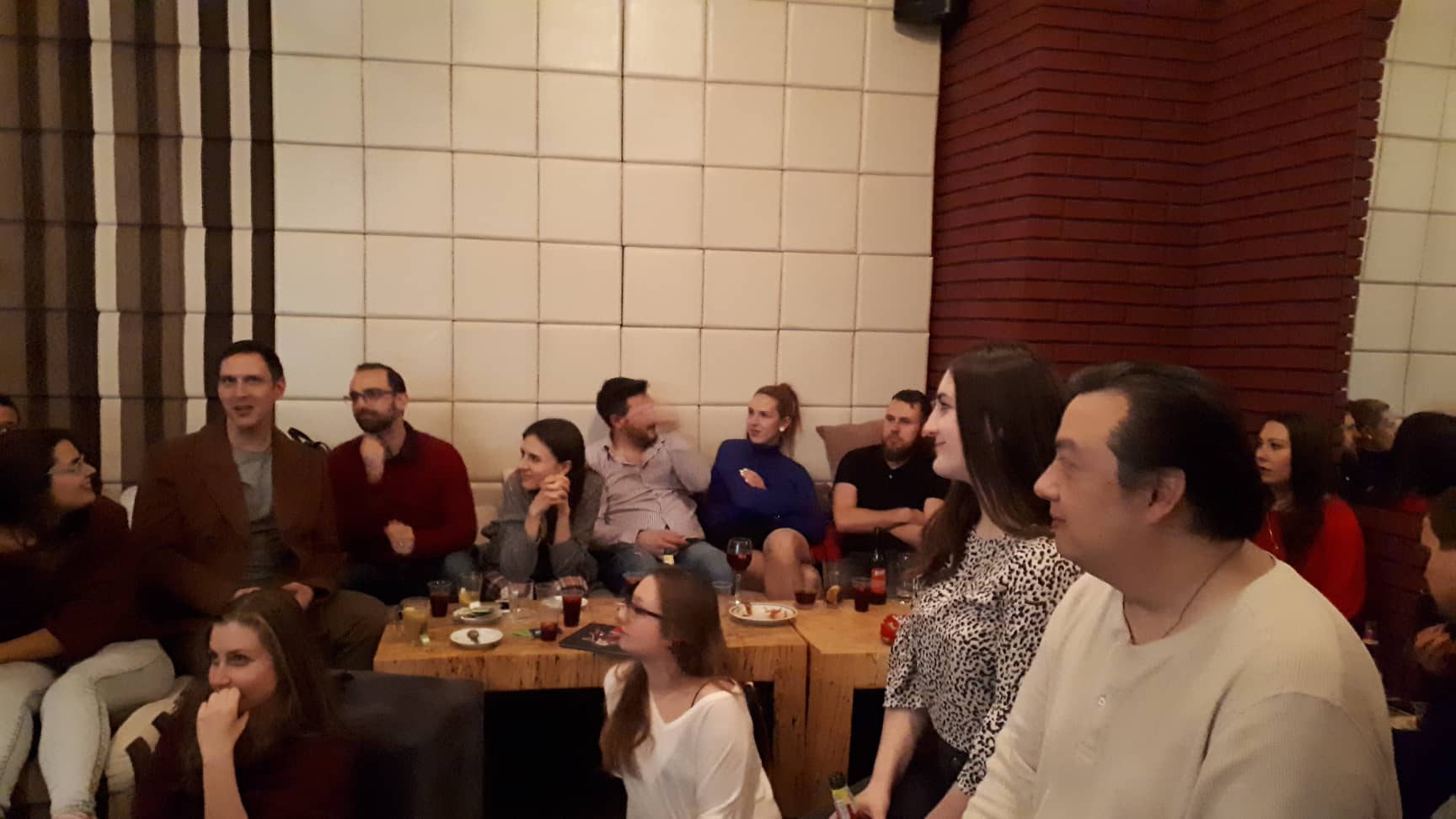 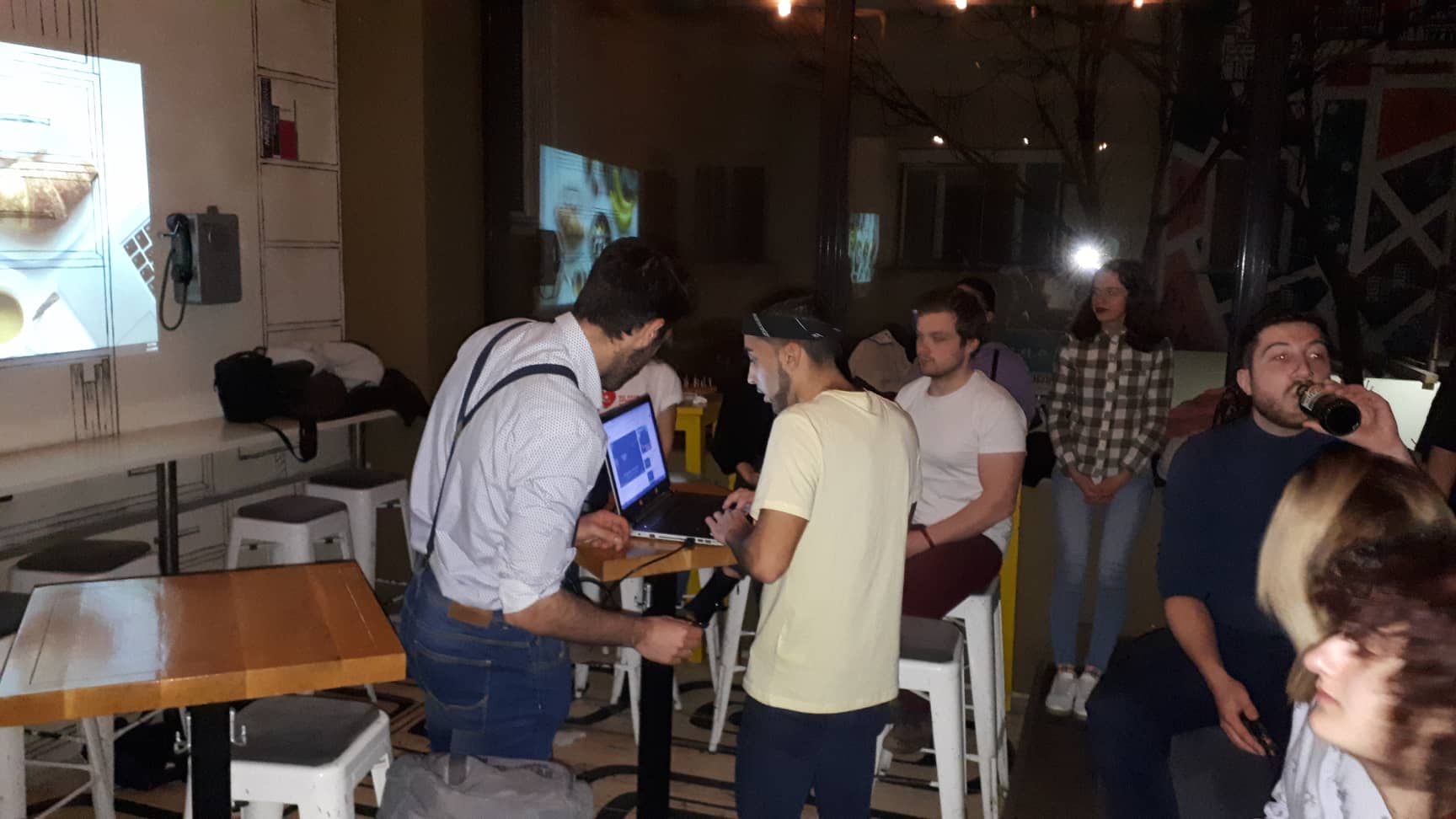 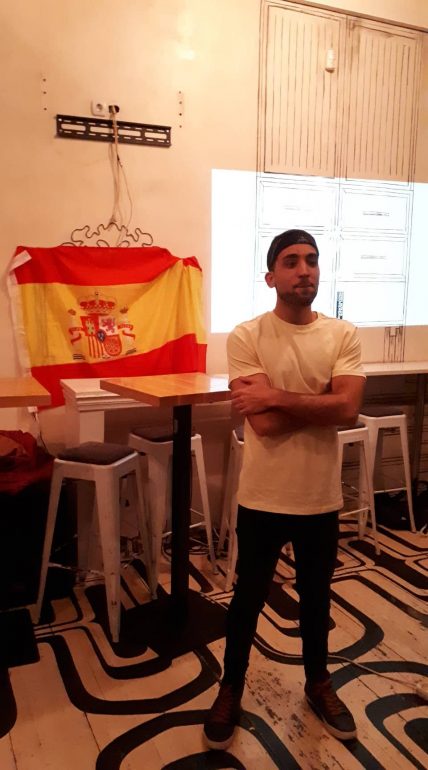 On the 21th February I had the pleasure of presenting the Spanish Language Night in Chat Club with another volunteer called Mario! We didn’t simply explain the history about our country, rather, it was about our native language.

I told them some of the differences between the Spanish language from Spain and from Latin America. Due to linguistic differences, there are some expressions that we should avoid in other countries because it could lead to misunderstandings or offence.

With help from other volunteers, we prepared four spanish omelettes, some tapas and sangría.We were cutting potatoes and fruits for a few hours. Finally, we made all the food and the drink. At 19:30 the performance in Memo Bar started. I was a little bit nervous because it’s difficult for me to speak another language in front of an audience. I pressed play on my laptop and the Cuban music set the mood!

I did the presentation and it was a very fun experience! Most of the audience didn’t realise that Spanish is the second most spoken language in the world, after Mandarin. The most fun part was explaining the different accents. Also, we played a game about guessing typical slang sentences of my country. When you translate it, it’s so hilarious!

In addition, we were dancing typical dances from Spain like the chotis and flamenco. Likewise we danced ‘’La macarena’’! Everybody knew the dances! It’s so easy!

Finally, I would like to do this again! In my view, these kind of international nights teach you a lot. I don’t know which topic will be next, but we will be ready! ¡VivaChat Club and Viva EVS! ☺ Thank you for everything guys!